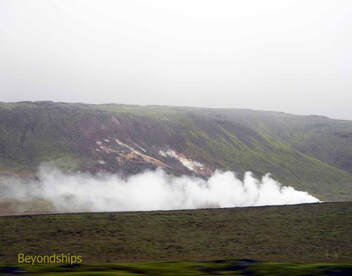 Several of Iceland's best known natural wonders are a short distance from Reykjavik. These are linked together on a route that loops 190 miles through southwestern Iceland known as the “Golden Circle.”

Reykjavik is not surrounded by extensive suburbs so tours and shore excursions leaving the city are soon out into the countryside. It is a stark landscape with few trees. Empty green fields are broken here and there by volcanic hills and rock formations. Occasionally, steam rises up from geothermal springs. Houses appear only occasionally.
​
Still, there is a beauty to this land. It has a mystical quality. When the clouds part and the sun breaks through, the colors are magnificent.
In 930 A,D., the Nordic and Celtic chieftains who controlled various parts of Iceland decided to come together and form a national assembly. Thingvellir was selected as the site for this parliament primarily because it was a convenient location for the chieftains to meet.

The parliament, known as the Althing, met by the Law Rock, a rock formation that made a convenient platform for making speeches. It continued to meet here until 1798. In addition to acting as a legislative assembly, it also acted as a law court.

Despite Iceland's climate, there were no permanet buildings at Thingvellir except for a nearby farm and two churches. When the assembly was to meet temporary buildings were erected for the participants. The meetings themselves were outdoors.

Thingvellir is considered the traditional birthplace of the Icelandic nation. Accordingly, on June 17, 1944, the Althing returned to the Law Rock and declared that a new constitution had taken effect and the modern Repu blic of Iceland was born. 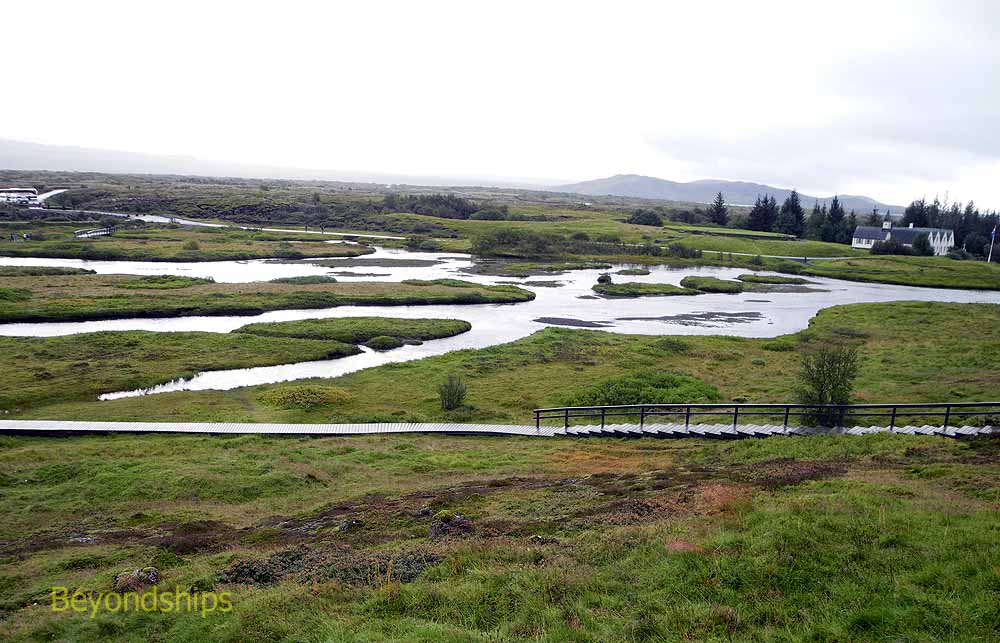 The Golden Waterfall is next