The geothermal area of the Haukadalur valley has been a popular tourist destination since the 18th century.  It contains hot springs, mud pots, and funaroles.  However, it is best known for its geysers.

The most famous of these is the Great Geysir.  The English word "geyser" is derived from the Great Geyir's name.  Capable of hurling boiling water 400 feet into the air, the Great Geysir is most active after there have been earthquakes in the area.  Following an earthquake the geyser is active for a number of years and slowly peters out.  It has been almost dormant in recent years.

However, nearby is the Strokkur geyser.  It erupts every five to ten minutes and can reach heights of 130 feet.

​There are some 30 other geysers in the area including one called "Litli Geysir" (Little Geyser). 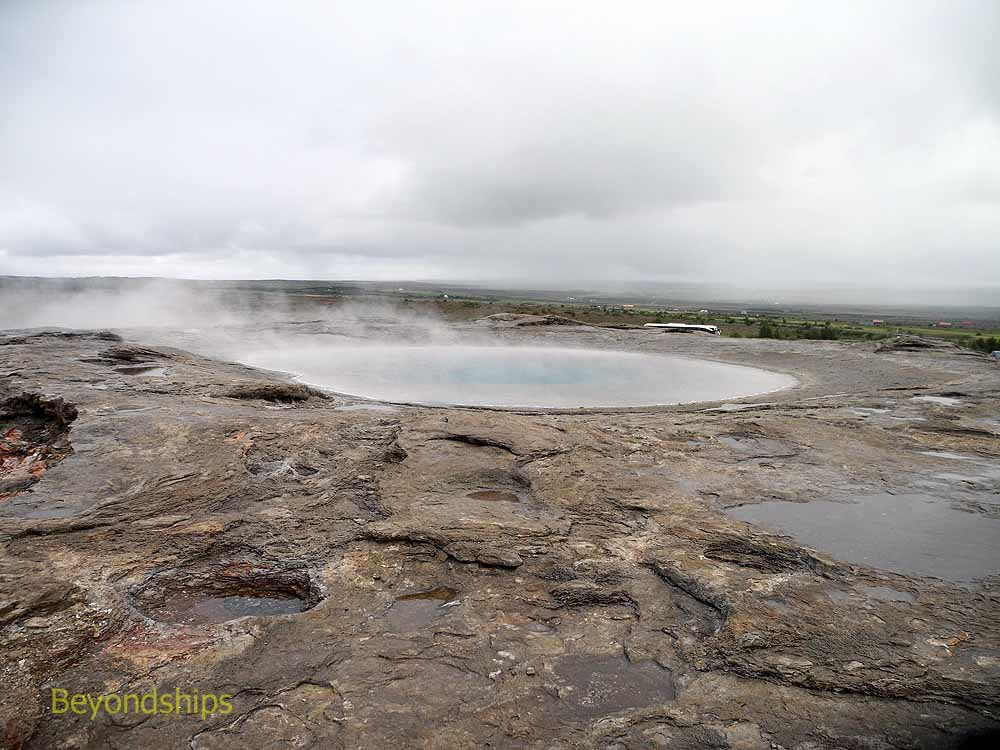 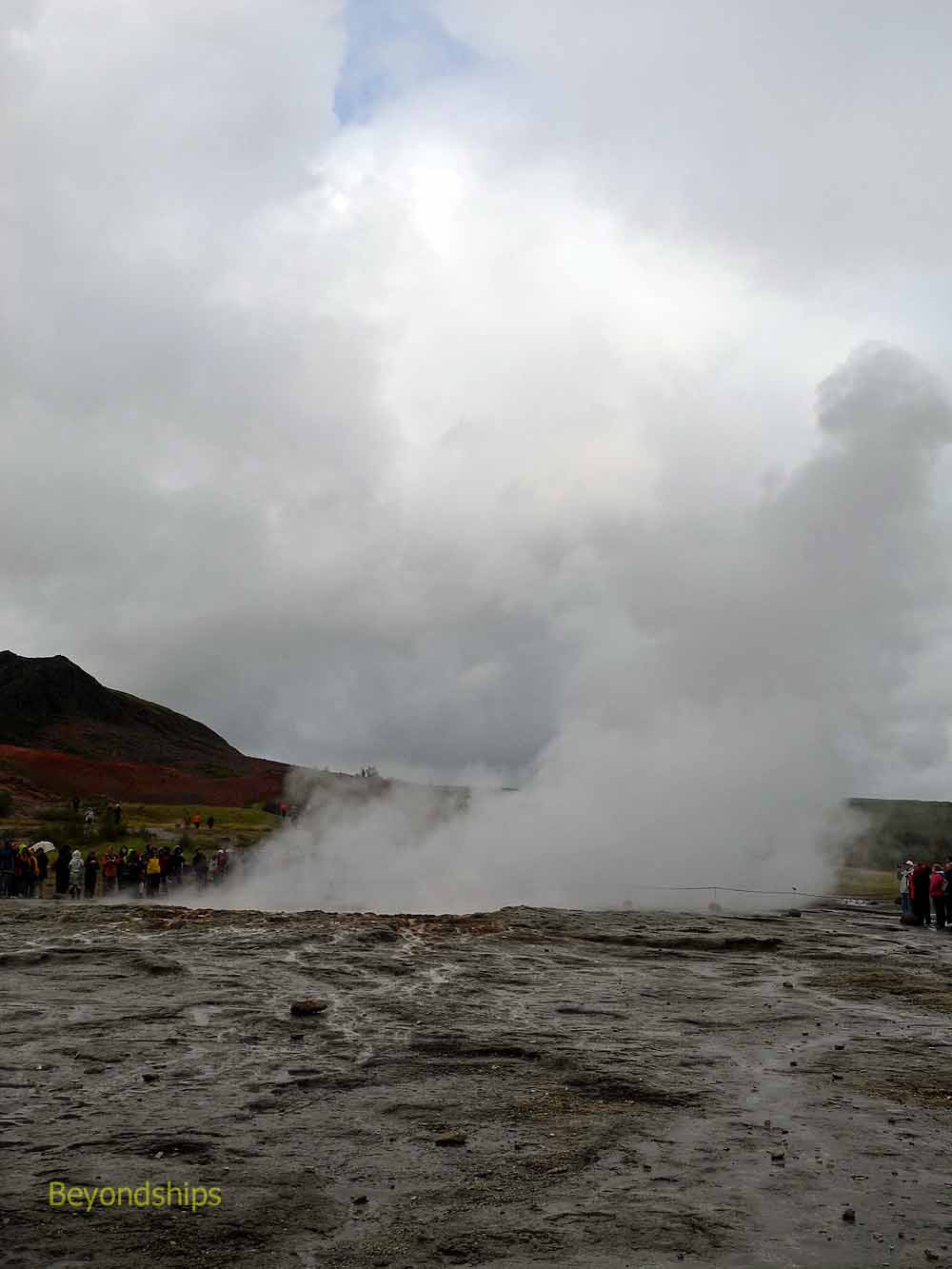 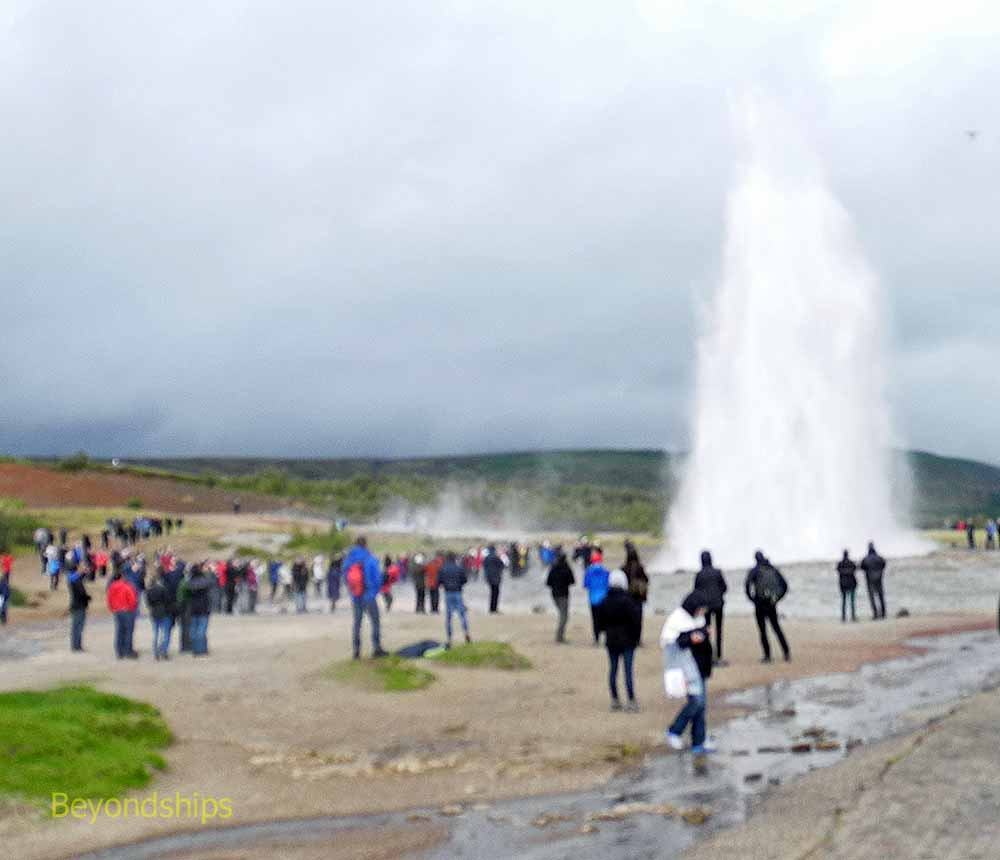