For a city of its size, Reykjavik has a surprising number of attractions and places of interest.  It is particularly rich in culture and arts.  On these pages, we look at some of the city's highlights. 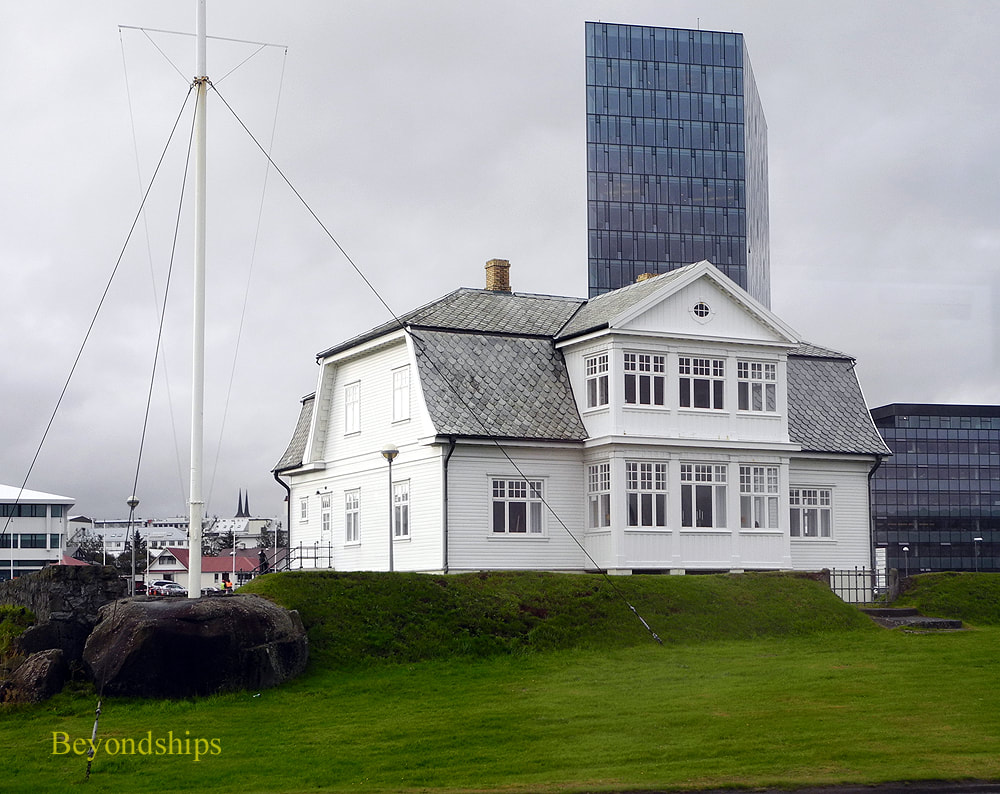 Perhaps is best known structure in Reykjavik is the a modest little house near the sea.  The Hofdi House achieved international noteriety as the site of the 1986 summit meeting between President Ronald Reagn of the United States and President Mikhail Gorbatsjov of the Soviet Uniion.  The meeting marked the beginning of the end of the Cold War.

The Hodi House was built in 1909 in Norway and transported to Iceland in order to become the French embassy.  It later became the British consulate.  In between, the house was home to the poet Einar Benediktsson and was later associated with the painter Louisa Matthiasdottir.  In 1958, the City of Reykjavik purchased the house and uses it for official receptions and functions.
A unique landmark of Reykjavik is the Perlan.  In the 20th century six large tanks were constructed atop a hill overlooking the city.  Their purpose was create water pressure that would enable hot water to be circulated throughout the city.  Each tank can hold four million litres of hot water so they are quite large.

In the 1990s, the structure was transformed by placing a glass dome on top of the tanks.  It houses an observation deck, a restaurant, a planetarium and an exhibition center.
Click here for more Reykjavik places of interest