Rome is one of the world's great cities.  You can't see everything that is worth seeing in a day or even in several days.  However, it is a very walk-able city and you can see quite a lot in one day just walking through central Rome.  Of course, you must be careful of the busy Roman traffic and expect delays due to the throngs of tourists at the major attractions.

This article is based upon a walk that I took through central Rome.  The starting point was the Piazza Navona and the destination was the Colosseum.  I did not take a direct route but rather weaved my way from one landmark to another.  It took about two hours but if you decide to spend time at the various landmarks or stop off to have something to eat at one of the outdoor cafes, it will, of course, take longer. 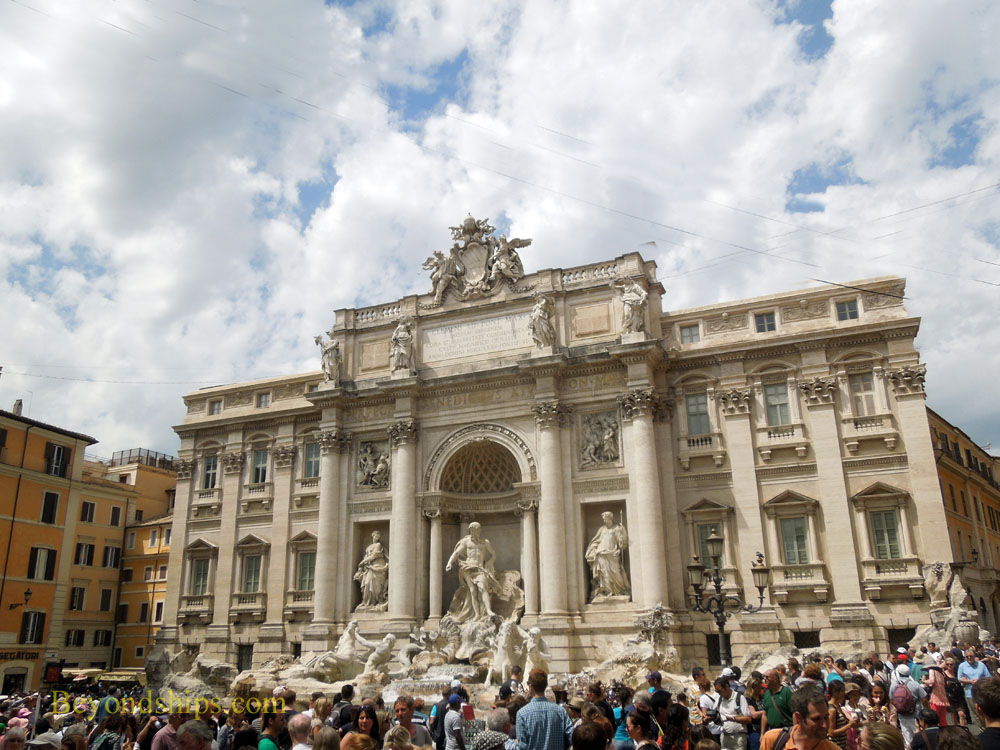 Before entering ancient Rome, there are two more recent landmarks worthy of note.  Off to the right of the Santissimo Naome di Maria is the Piazza Venezia dominated by the 20th century Vittoriano, dedicated to the first king of unified Italy, Victor Emmanuel II (above left).  Also in this busy area is the Palazzo Venezia, completed in 1464.   At one time it was the embassy of the Venetian Republic.   More recently, it was used as the headquarters of the fascist  dictator Benito Mussolini who used to give speeches from the balcony.
Cruise destinations - Rome, Italy - - A Walk Through Rome - - page one