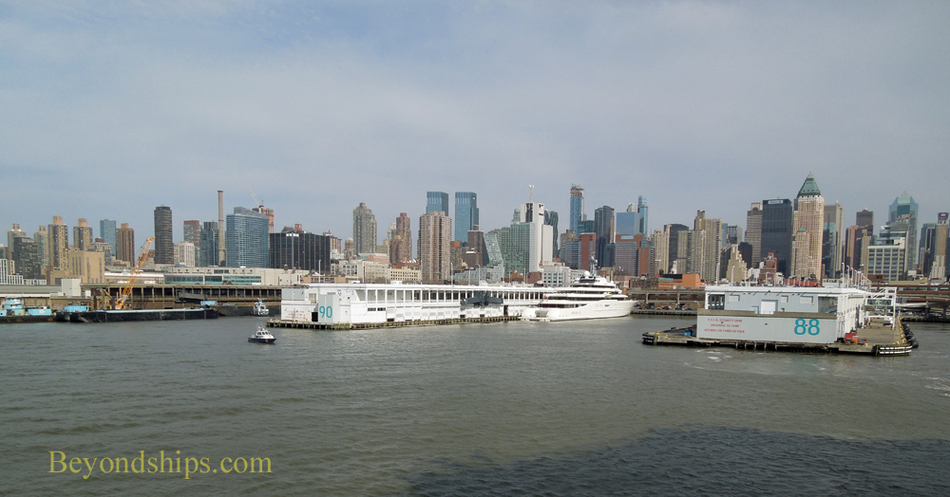 In 1942, the  Normandie burnt and capsized in the slip between Piers 88 and 90 while being converted to a troopship.  Normandie lay there for several years as Navy salvage teams labored to re-float her.

After World War II, the piers resumed their role as home to the world's luxury liners and hosted, among others, the original Queen Elizabeth, the France and, for many years, the legendary Queen Elizabeth 2 (QE2).

By 1970, the three piers had become antiquated and were extensively renovated, giving them an entirely different look.  To bring the terminal up-to-date for modern cruise ships, the City commenced a new $200 million renovation project in 2004, focusing primarily on Pier 88.  Pier 90 also received some upgrades and a new coat of paint.

These piers can be challenging for mariners.  Ships leaving the piers must back out so that the river's strong current is pushing against their starboard side. This has caused some ships to proceed downriver sideways.  In order to avoid this and the possibility of having the bow collide against a pier, it is not unusual even for ships that normally do not require tugboat assistance to have one standing by when entering or exiting these piers.

The Passenger Ship Terminal is an exciting place to begin a cruise.  It is right there in the midst of Midtown Manhattan and shares its fast pace.  Then there is the nostalgia from its glamorous past. Finally, the terminal offers a unparalleled panoramic view of the towers of Midtown.  It is therefore not surprising that ships just entering service and wishing tp garner attention, usually dock here rather than at one of the harbor's other terminals. 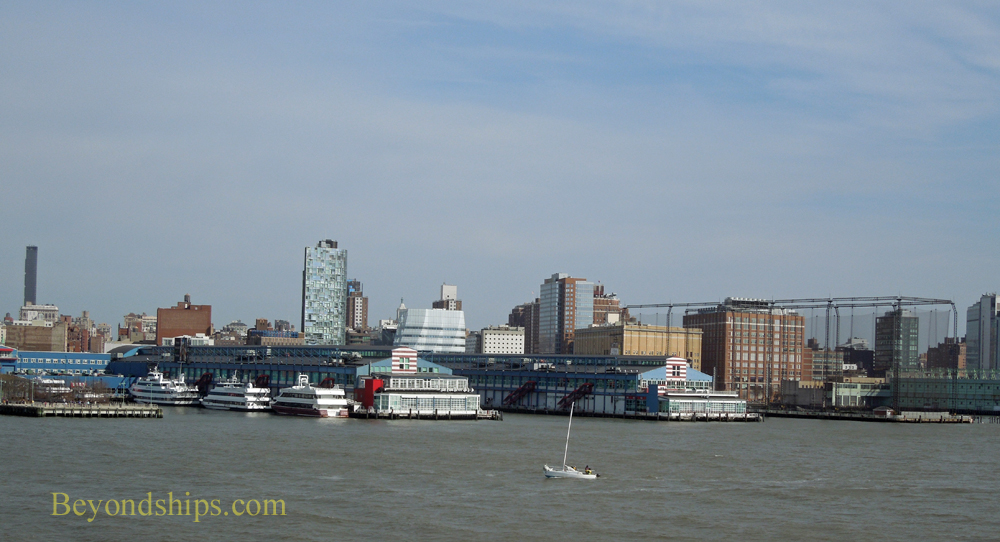 The most successful transformation of New York piers is the Chelsea Piers complex.  These piers were Titanic's destination on her ill-fated voyage.  Today, iIn addition to providing berths for tour boats, these piers are an entertainment, sports and dining complex.  It also houses movie and television production facilities. 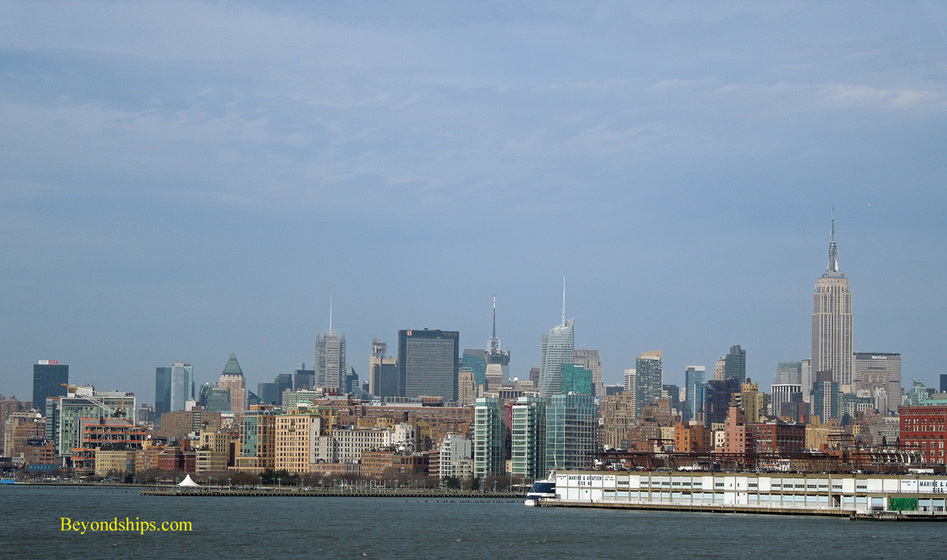