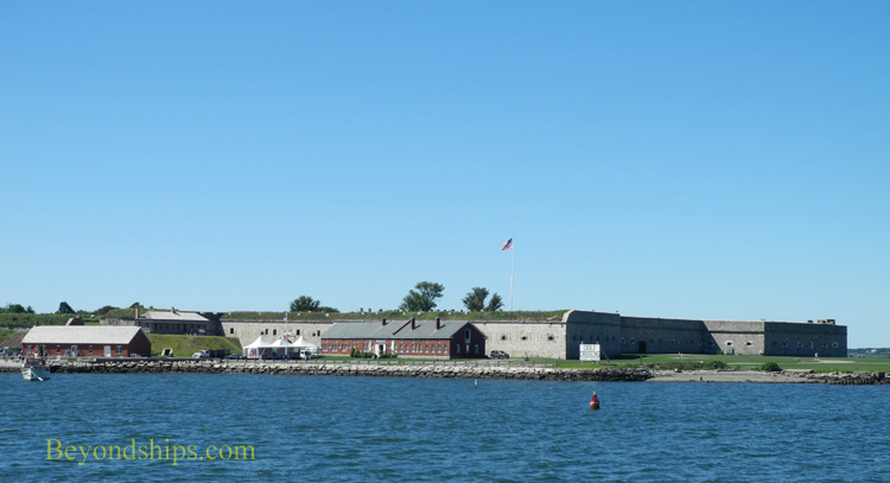 Not far from the tender pier in the 1762 Brick Market building, a National Historic Landmark, is the Museum of Newport History.  Operated by the Newport Historical Society, the focus of the museum is, of course, the history of Newport and its architecture.

The Newport Art Museum is a 100 year old organization that includes both galleries and an art school. Its permanent collection focuses on the visual art of Newport and southern New England. Located on Bellevue Avenue, one of its buildings is the John N.A. Griswold House, a mansion designed by Richard Morris Hunt who would later design The Breakers and other Newport cottages.

Newport has many other attractions.  For example,  The Redwood Library, 1747, the oldest lending library in the U.S.

There are also a number of beaches in the Newport area.  Several including Easton's Beach, Sachuest Beach, and Gooseberry Beach, are open to the public.  Others, such as Baily's Beach and Hazard's Beach, are private.
Cruise destination - - Newport, Rhode Island - Other Attractions and Places of Interest